what to eat, do and wear for a perfectly off-the-map weekend away tHERE'S MAGIC IN THE AIR HERE.

Montauk was long considered the un-Hampton of the Hamptons — the low-key town at the very end of New York's Long Island where you drink cheap beer with fishermen, or flip-flop your sandy self out to a feast of fresh-caught tuna, or explore the untamed beach paths of Camp Hero. that, of course, has changed — but not entirely, if you know where to go.

and, according to our editor Nicole — who goes to great lengths to be in Montauk as much as humanly possible (think 5am train rides back to the city on Monday mornings, conference calls from the beach) — here is where you should go.

where to eat and drink

come here for wildly fresh ingredients, next-level wraps, crazy good smoothies and fresh-baked treats for every diet under the bright Montauk sun. you'll probably see the effervescent Joni herself behind the counter. she's the one with the shiny long hair: say hi! 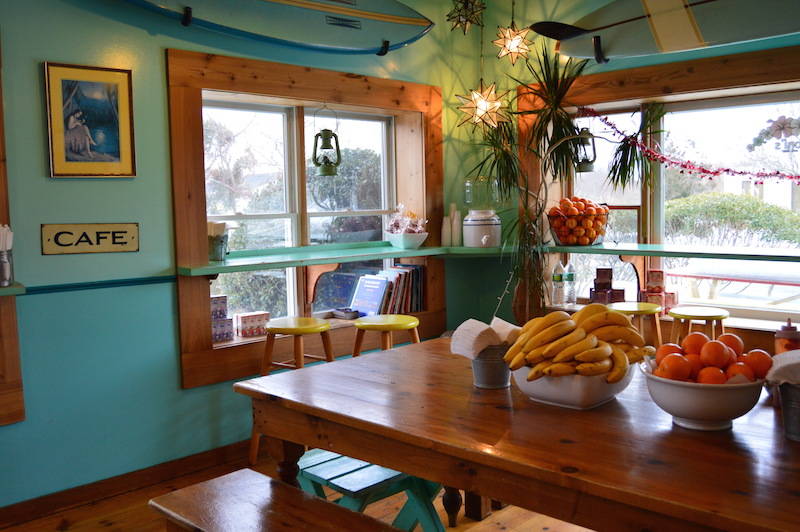 a laidback spot perched on the water in the marina, surrounded by the boats that caught the sushi you simply must order. great vibes, even better eats and live music every day in season. oh, and try a BBC. 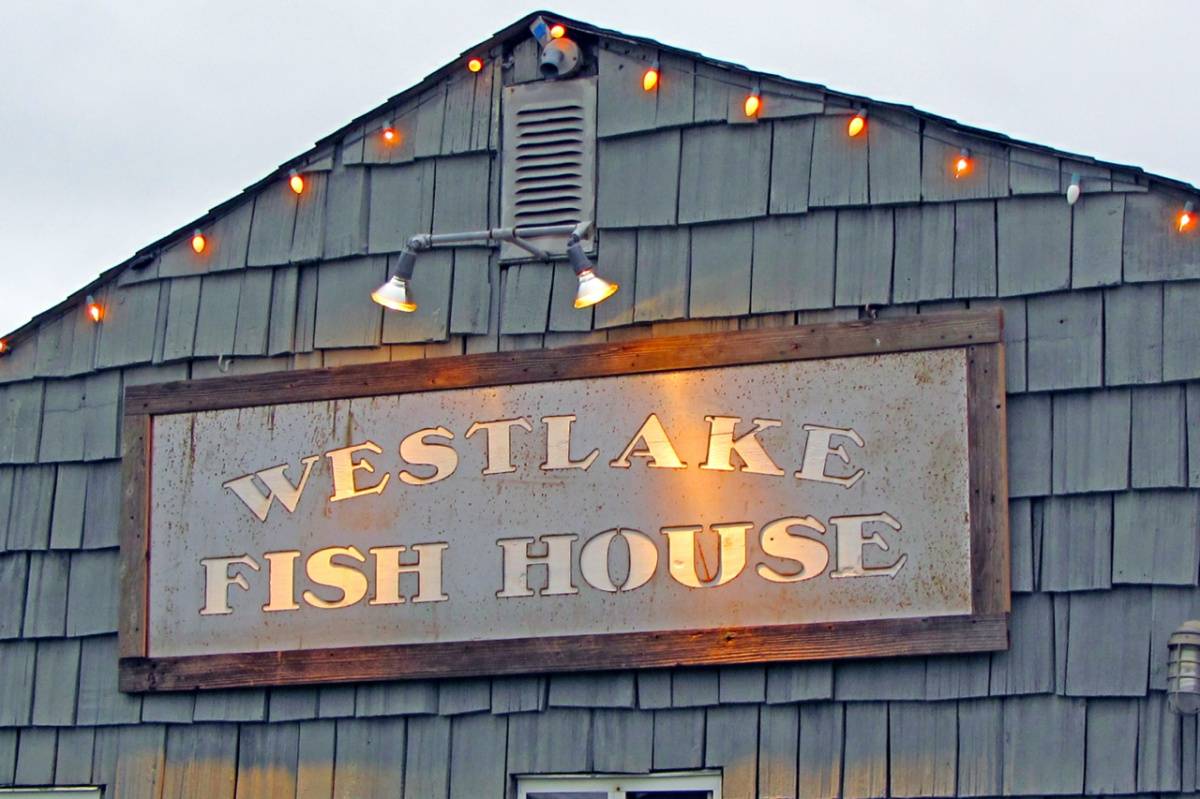 a breathtakingly magical dinner spot by Lake Montauk. get there early, put your name in, and enjoy a glass of Wölffer rosé down by the water. get the blue crab tagliatelle. and yes, you will probably see someone famous, but they will probably be wearing flip-flops, too. 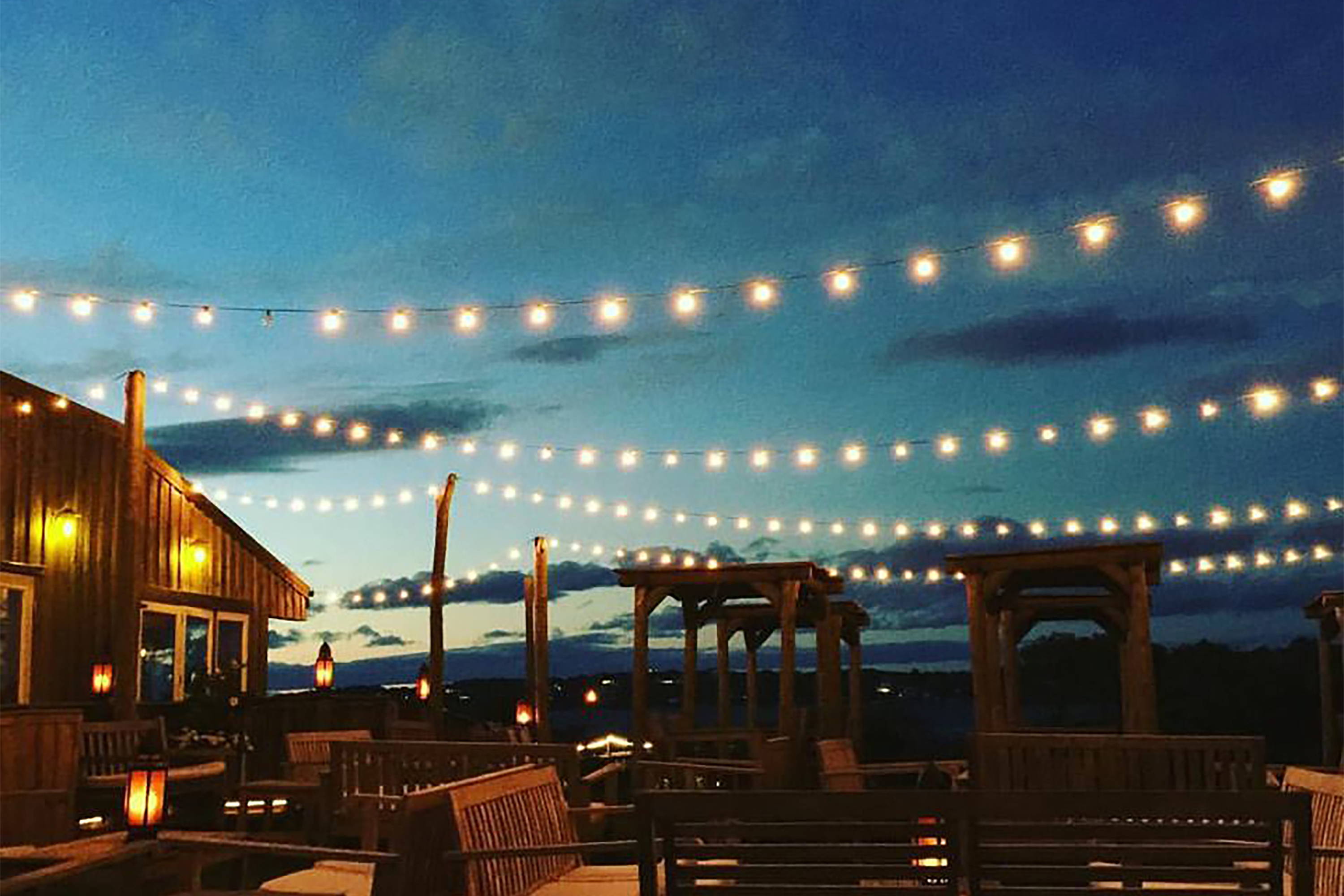 this old-school bar sits on a hill facing the Long Island Sound, making it, hands down, the best place to catch a sunset in Montauk. which is saying a lot. live music on the weekends and faux-gruff bartenders add to the experience, too. 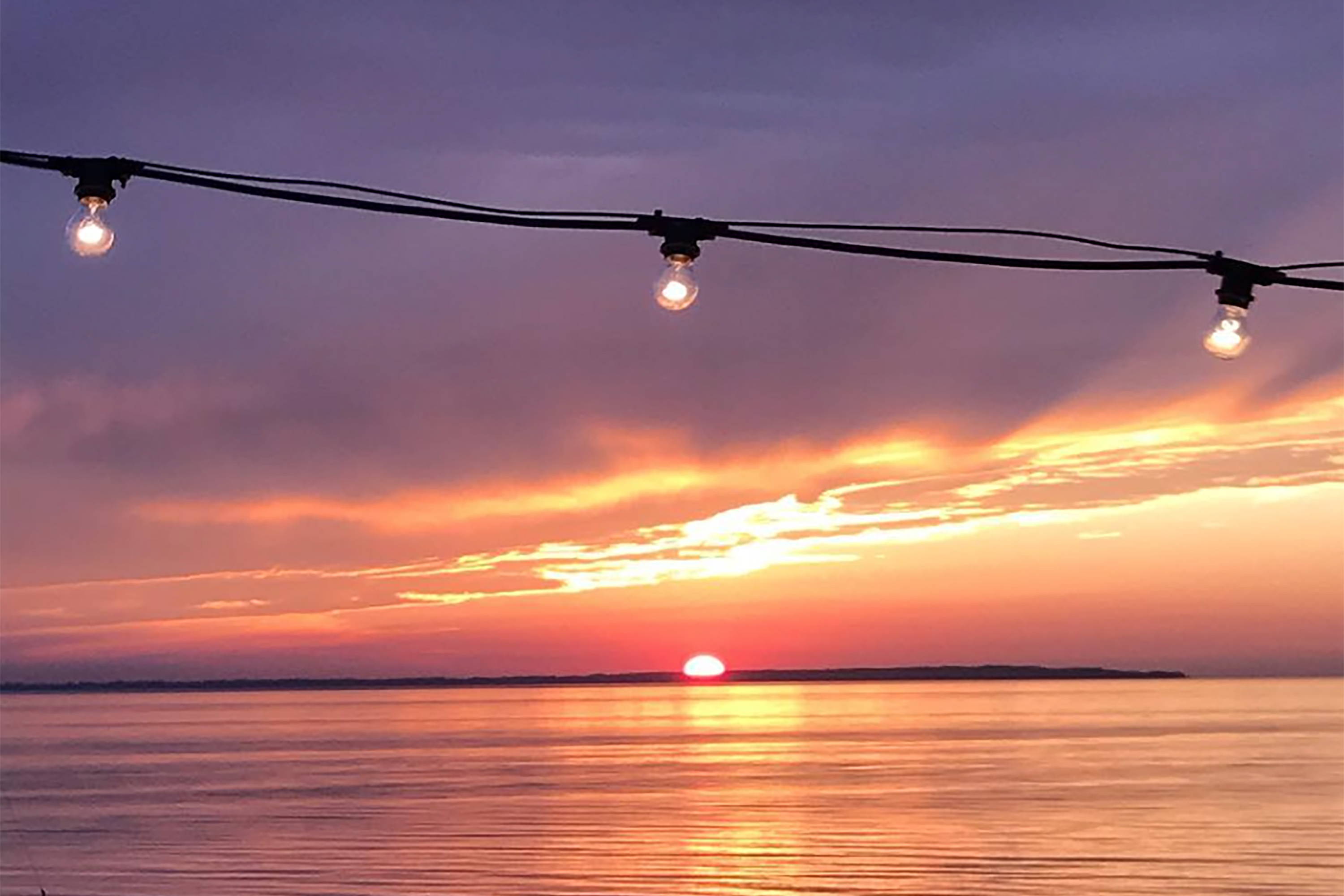 head to the relatively deserted and massive stretch of sand at Hither Hills for the most epic run of your life. or grab a board and paddle into the storied surfer scene at Ditch Plains. (or just watch the surfer scene — it’s almost as good as actually catching a wave yourself.) or relax and watch the boats come in and out (and, eventually, the sun set) with a Montauk IPA. 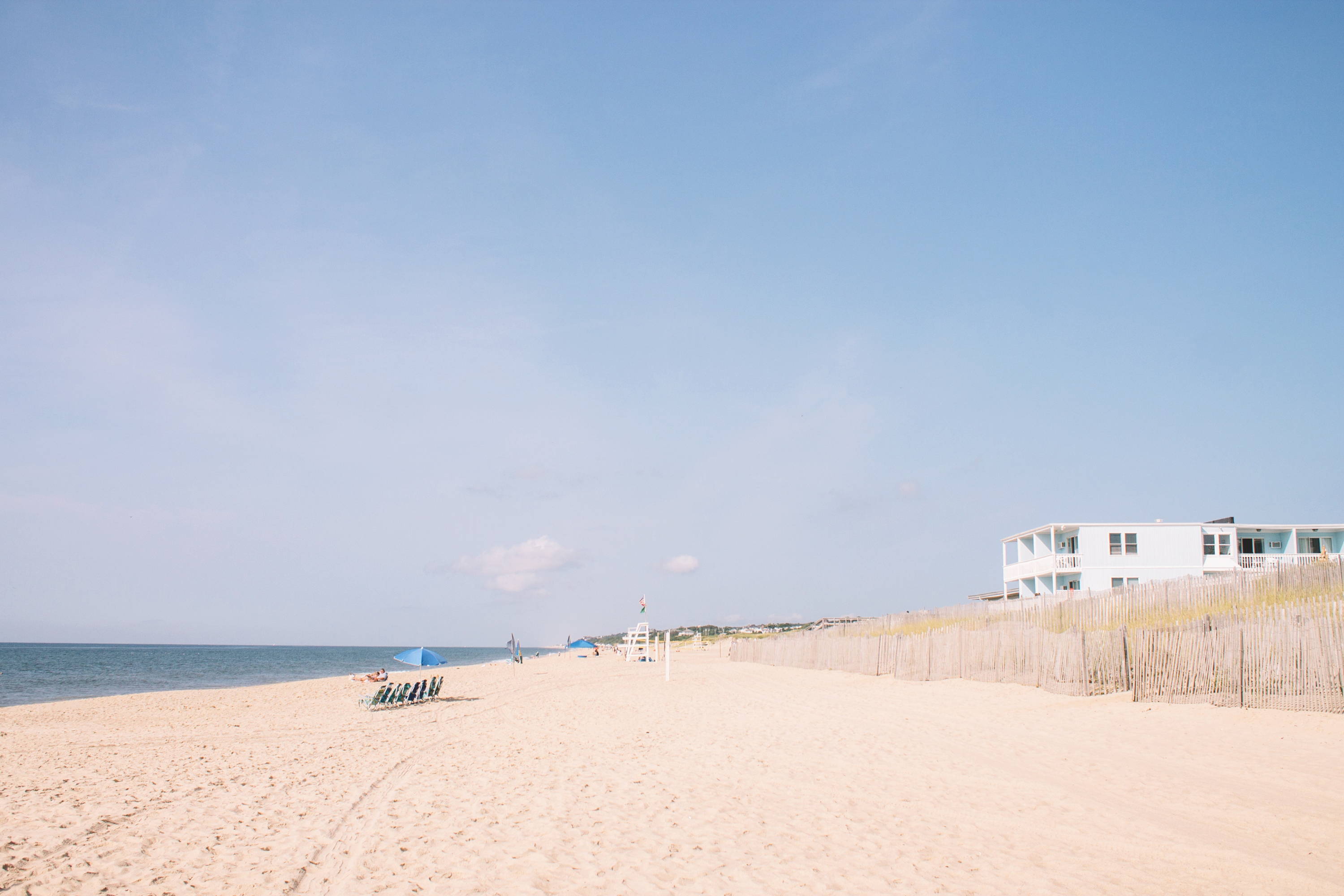 take a hike! Montauk is full of steep cliffs boasting winding paths that overlook the glorious crashing sea. our favorites are Shadmoor, Walking Dunes and Camp Hero — all are quick (45 minutes), manageable (no crazy inclines) and stunning (you’ll see). 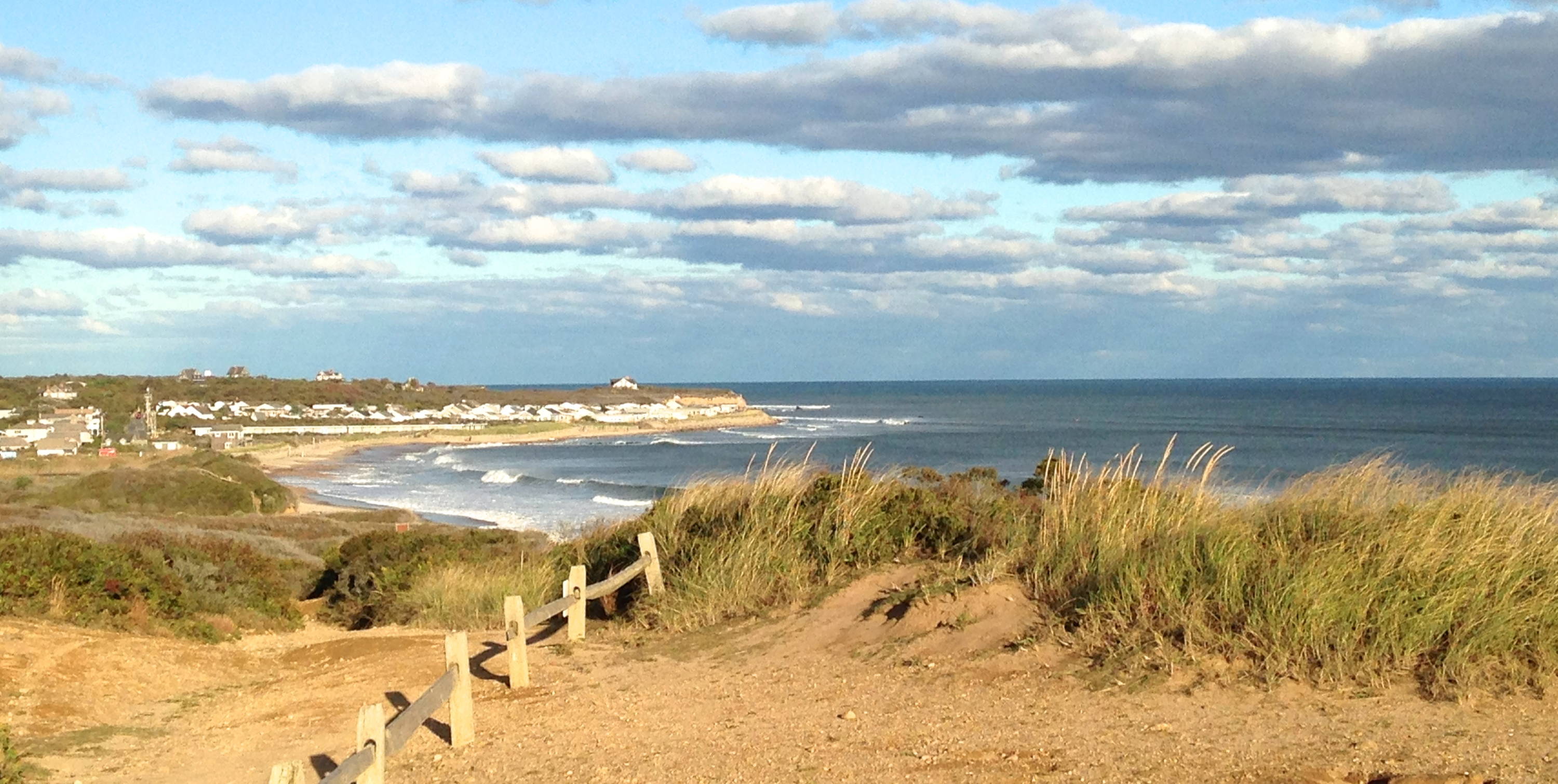 out of the elements

Yoga Lila is quiet, calm, and cool, replete with the sound of crashing waves to complement your OM. (if you ever wanted to try SUP yoga, this is your chance.) and for those of you wondering, yes, there is now also a SoulCycle in Montauk, too— although in a place this wild, we prefer a bike ride outside. 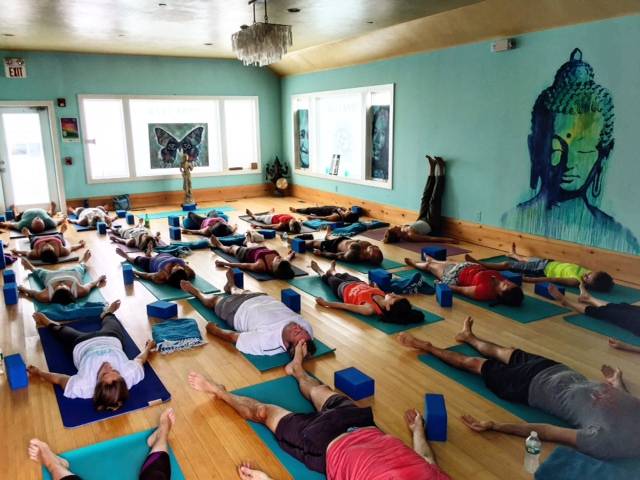 and what to wear.

you’ll want to pack the flux top for hiking, swimming and yoga.

the non-stop tee dress for looking chic but feeling chill around town.

and the non-stop slit top for breezy nights. (did we mention you simply MUST go outside and look at the stars at night?)