“don’t let fear of making mistakes hold you back from chasing your bold vision.”

Adrianna Davies embodies everything we admire in a human: she knows her worth, she isn’t afraid to stand up for it, she encourages others to do the same — and she does it all in the name of affecting change. here the founder of biotech startup StrandSmart talks career paths, stimulus checks and Brazlians’ love for FaceTime.

you’ve lived all over the world. what path led you to founding StrandSmart?

i was born in Brazil (where my mother is from), then we moved to London for ten years, Cyprus Island for four years, and then Vancouver, where i finished high school before going to McGill University in Montreal. everyone always thought i was going to be a lawyer. but i grew disenchanted with a career in law after a part-time job in a firm exposed the gaps in reality for how i thought i might change the world in that profession. that, and the earning potential was capped.

one key thing i did learn from my studies in Political Science though was the importance of power structures. once you understand power structures, you can navigate them, and, where necessary, stick handle. the dynamics of power structures apply on a macroeconomic level between, say, nations or on a micro level — which is my usual case — between founder and investor.

after graduating, instead of taking a cushy corporate job, i cofounded a company with a couple of ex-McKinsey consultants. we recruited a team of also newly minted McGill grads. we built a software-as-a-service platform to match technologies sourced from research universities worldwide with the needs of technology scouts in life science companies. two-and-a-half years later, our startup was bought by a company in the UK.

that’s when i came out to the Valley, initially to help build a company that was developing a menstrual pad that could monitor health markers in women. i first lived in Palo Alto, where we were running studies at Stanford to validate our technology, but i eventually left to found StrandSmart. (those guys are still operating and on track for a product launch, though!)

tell us about the work StrandSmart does.

we are developing blood tests to detect cancer earlier. by deploying our blood test in the clinic in parallel with imaging, we hope to stage shift the detection of cancer to earlier stages — when treatment is potentially curative. 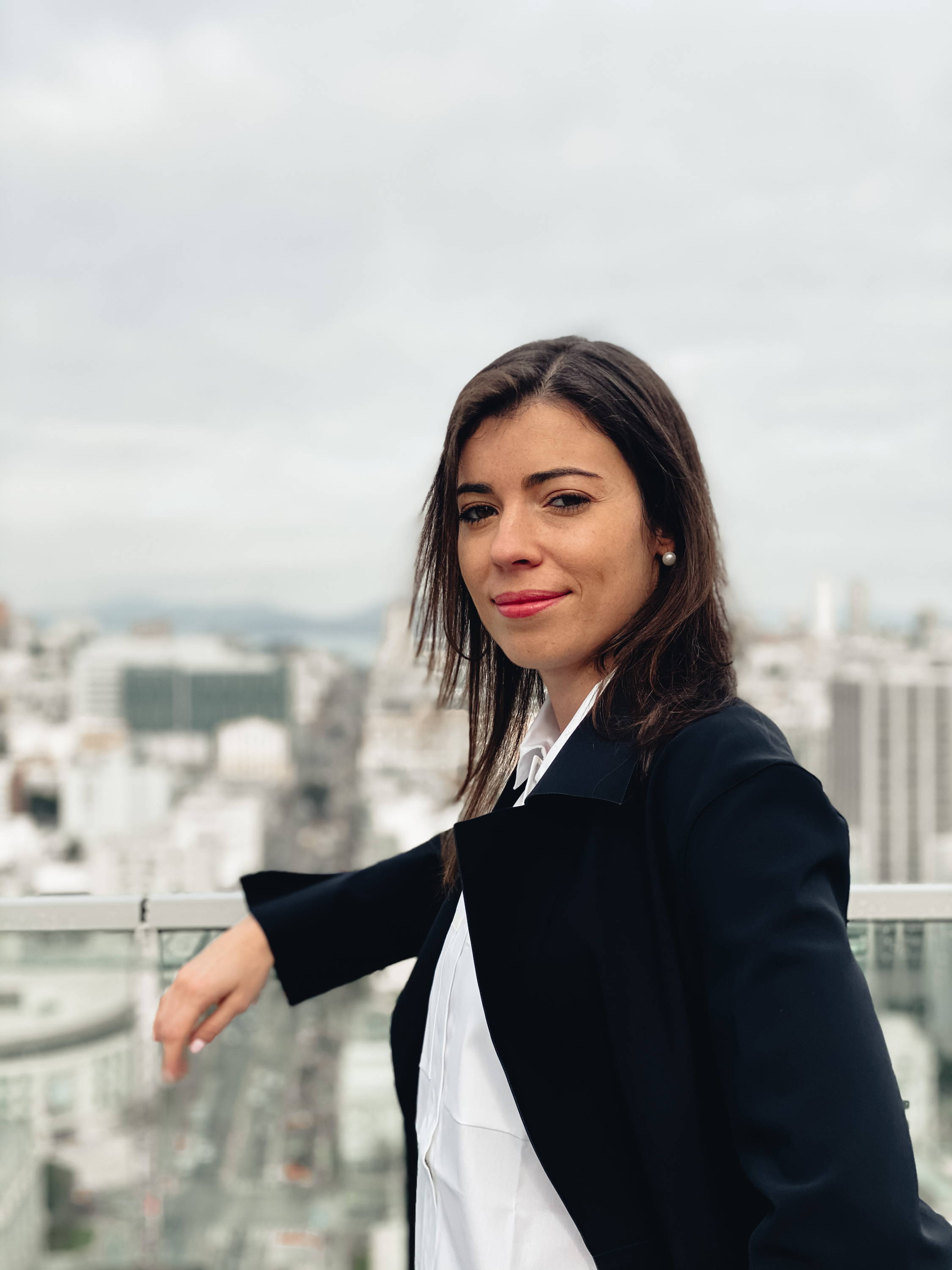 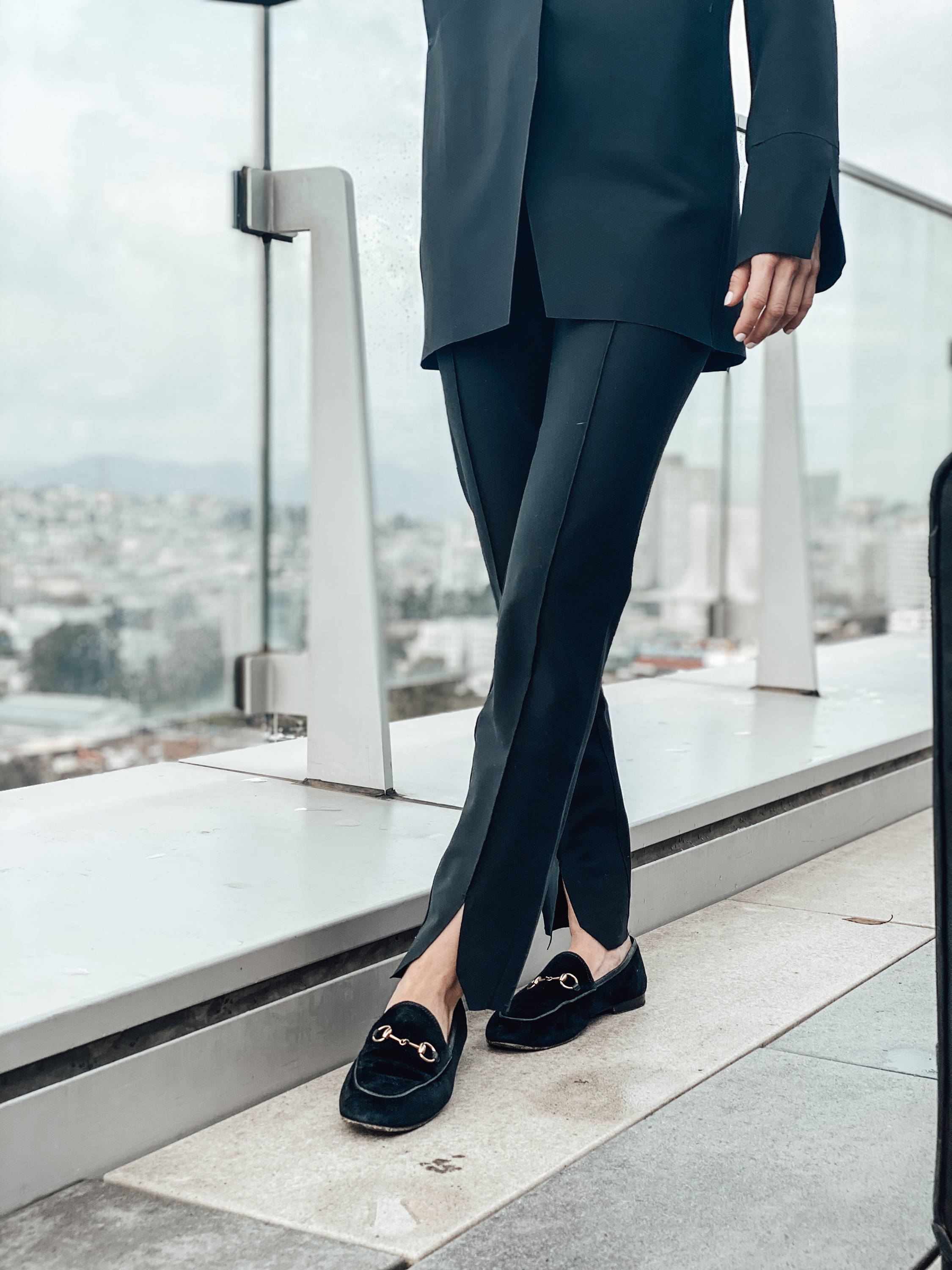 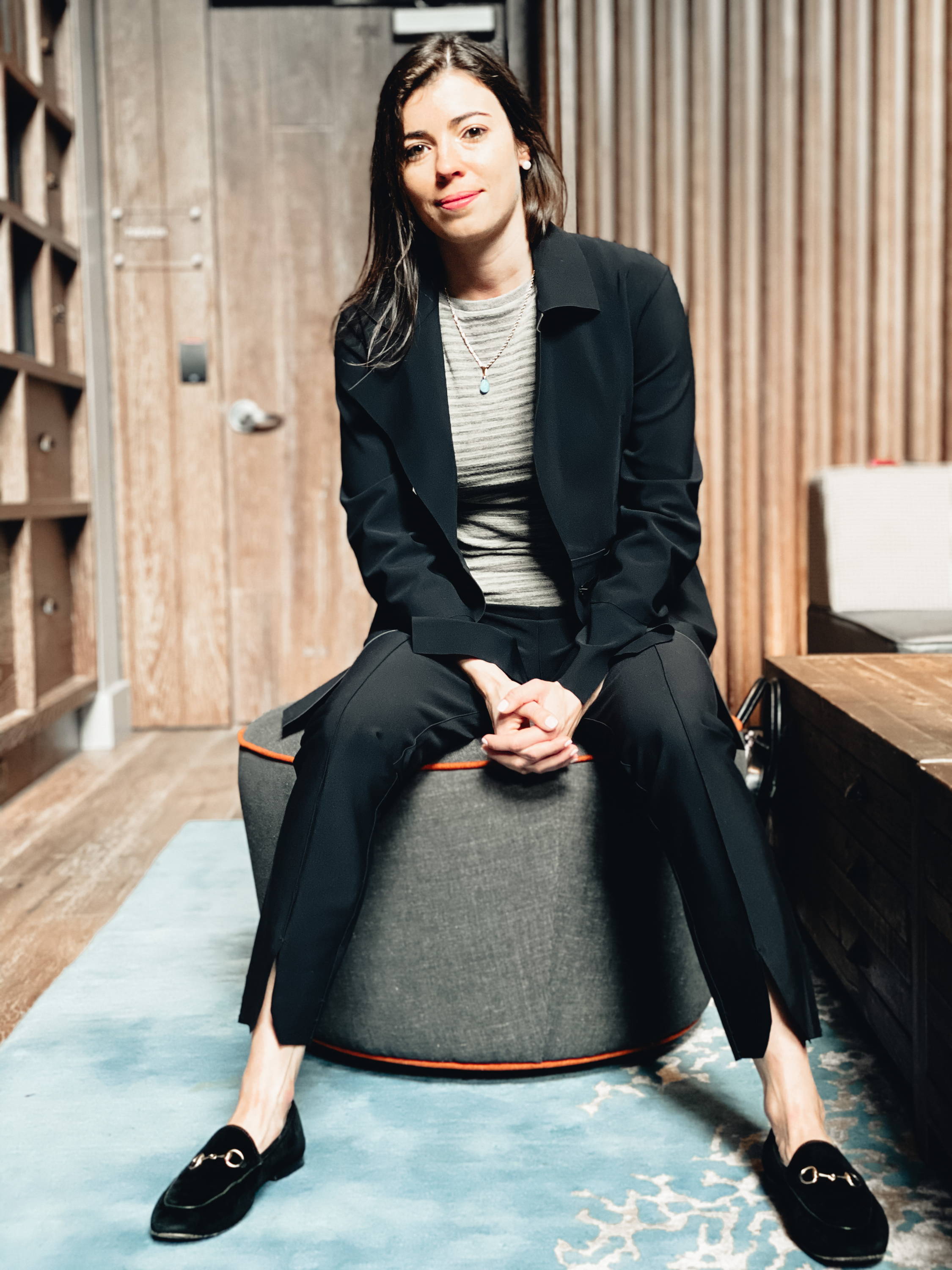 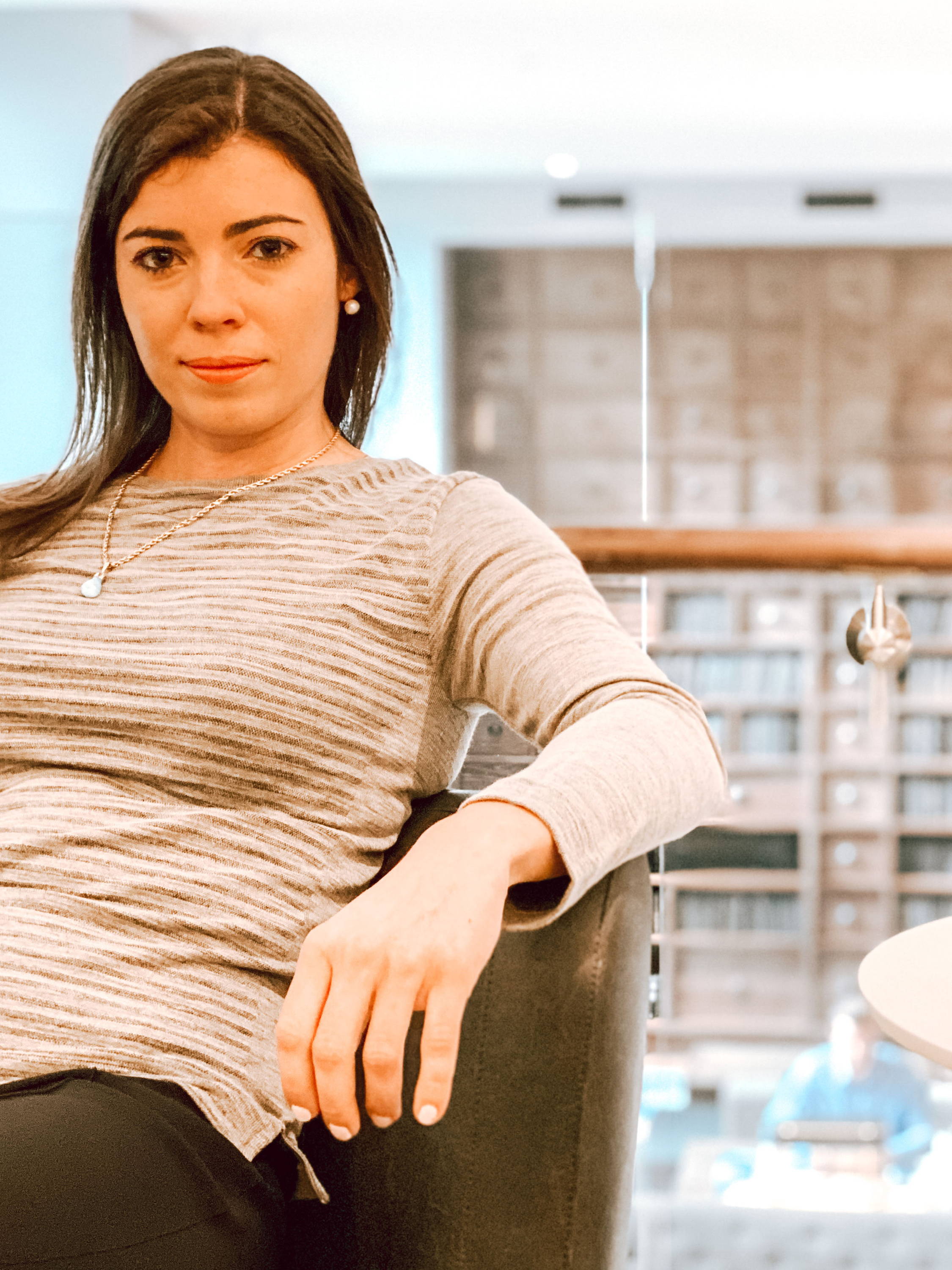 something unexpected you’ve learned on the job?

did you know NON-SMOKING women are disproportionately affected by the most common form of lung cancer (NSCLC)? and since they are non-smoking, they are completely excluded from the guidelines for eligible screening, so we only catch those cancers when it’s too late. grrrr.

people. their ideas, their passions, their talents and, most of all, their great vigor to affect change. especially here in the Bay Area. i’ve never felt so at home, and so broadly creative, as i feel living in the Bay Area. i’m grateful to be here working with the best to affect real change.

it’s somewhat existential and oddly two-fold. one part is the realization that i have unique skills, and the nature to bring people together to build things. the second is the knowledge that i can affect real change through my efforts, that the work i do can and will have a real and meaningful impact. that’s a powerful mental place to be in. in these tough, pandemic-stricken times, i think it's important for people to hold on to that mentality and remind themselves what they are capable of if they just commit.

it’s certainly hectic for the life science field in general. most life science companies are running clinical trials, and can expect slowdowns in their patient enrollment. the question is how bad will it get, and what measures founders will have to take to weather the storm. this may include finding creative ways to slow the burn, and other adjustments. that said, i encourage founders (and anyone) to really look for opportunity in these uncertain times. work with your team to find a way to thrive in the downturn, rather than merely survive. also: apply for the stimulus funding! 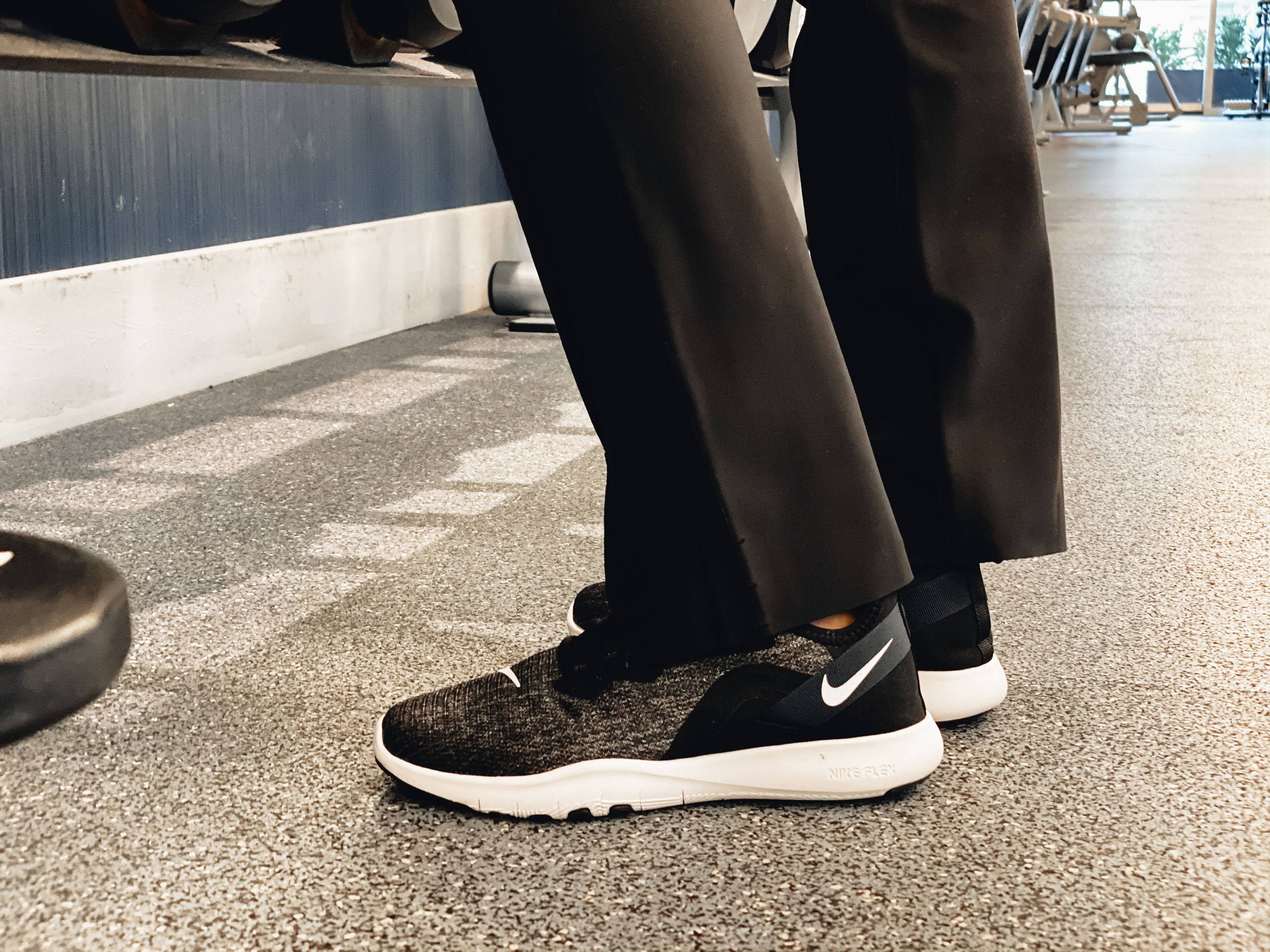 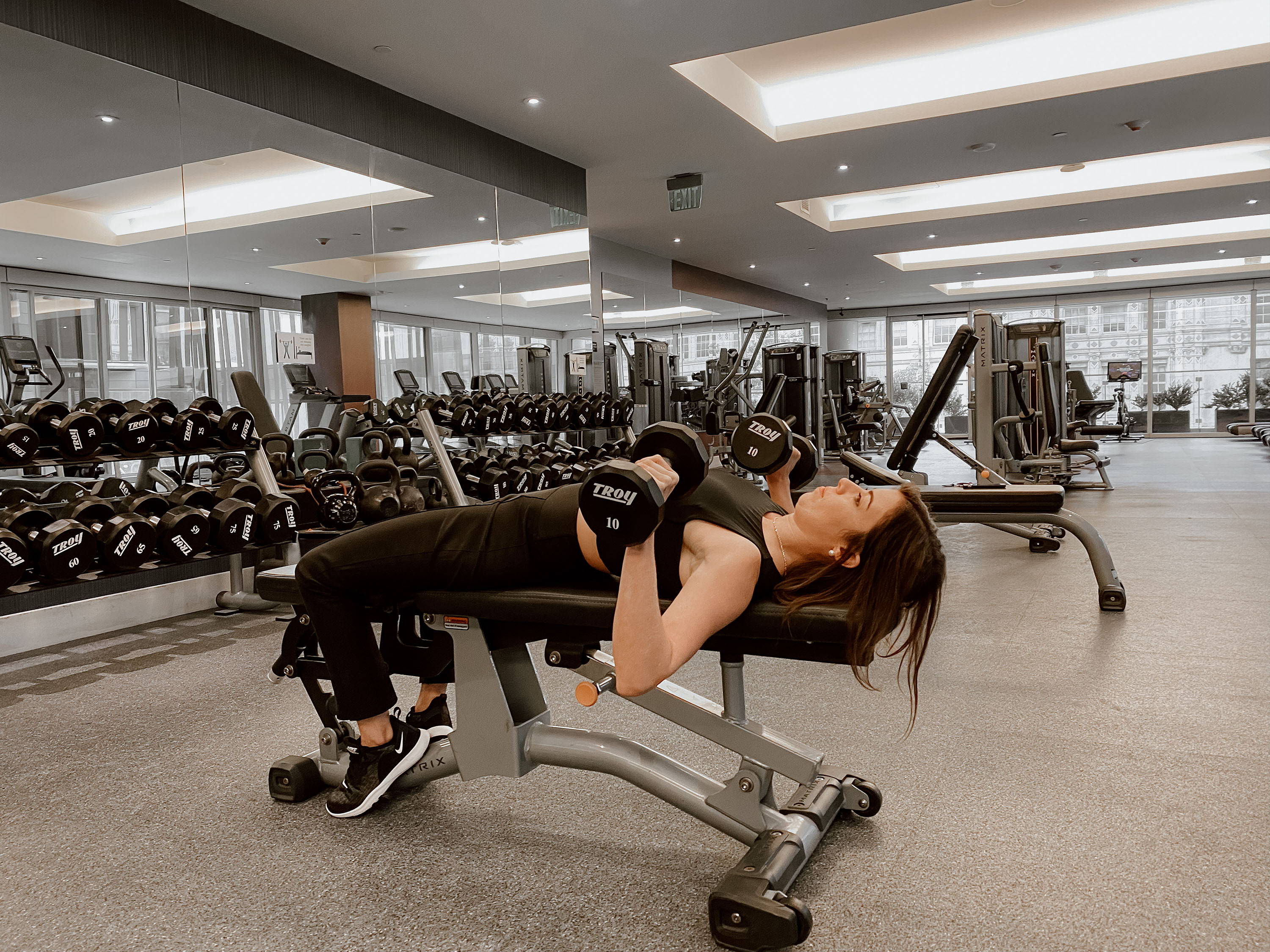 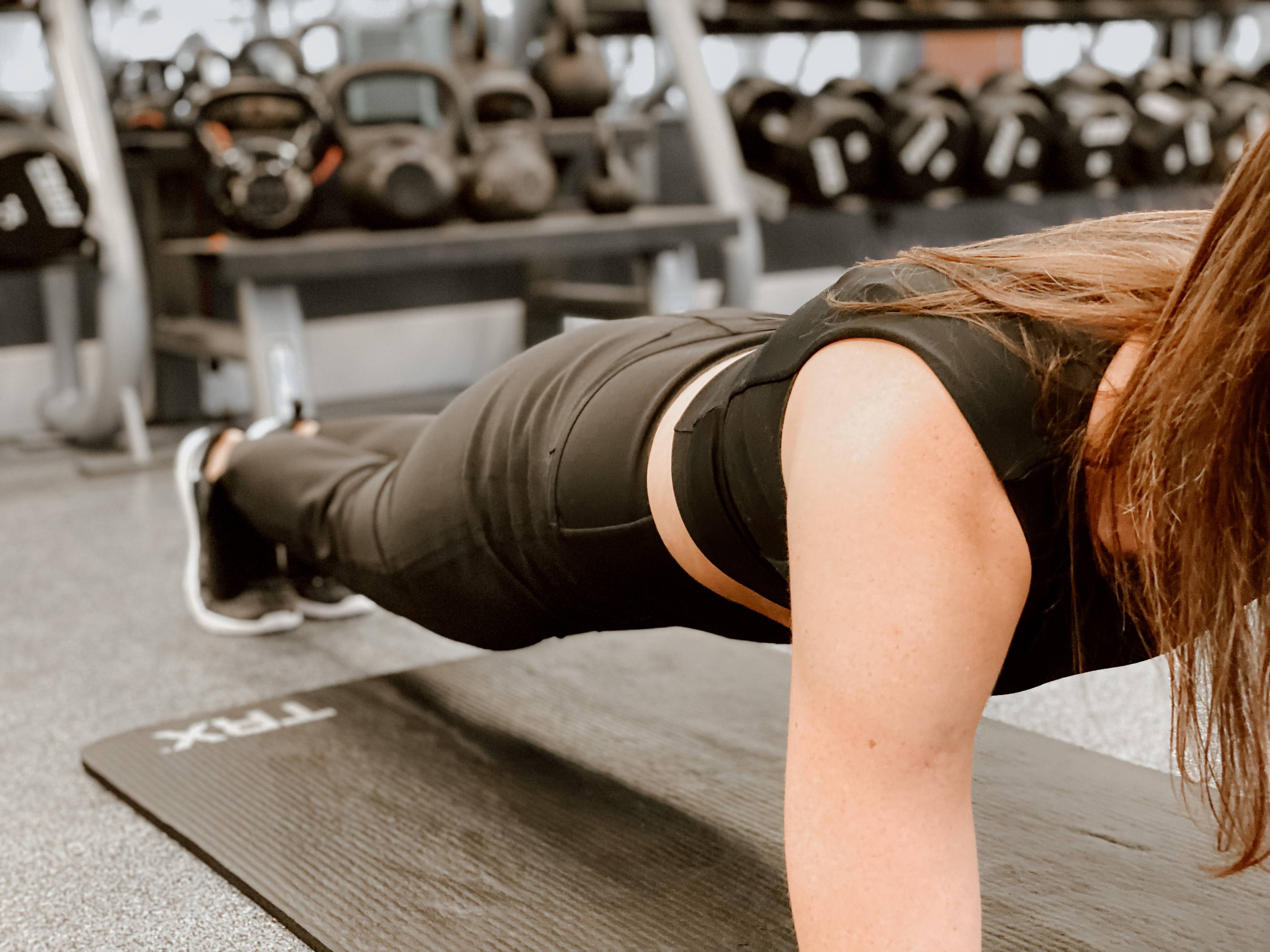 what’s important to your daily routine?

workouts! go to beachbody.com and do Insanity Max 30. it’s amazing and only takes 30 minutes. i highly recommend it. cooking too, but i always make time for cooking, it’s my meditation. and music: classical on Spotify while i work, Bossa Nova (Brazilian Jazz) while i cook.

what are you wearing everyday?

i mostly wear a StrandSmart T-shirt with the Jet Set Trousers — which are lifesavers. my friend told me she stood up on a business video call forgetting she was wearing pajama pants. i love the Jet Set because i can be comfortable working from home, and still look professional if i’m seen on a video call. 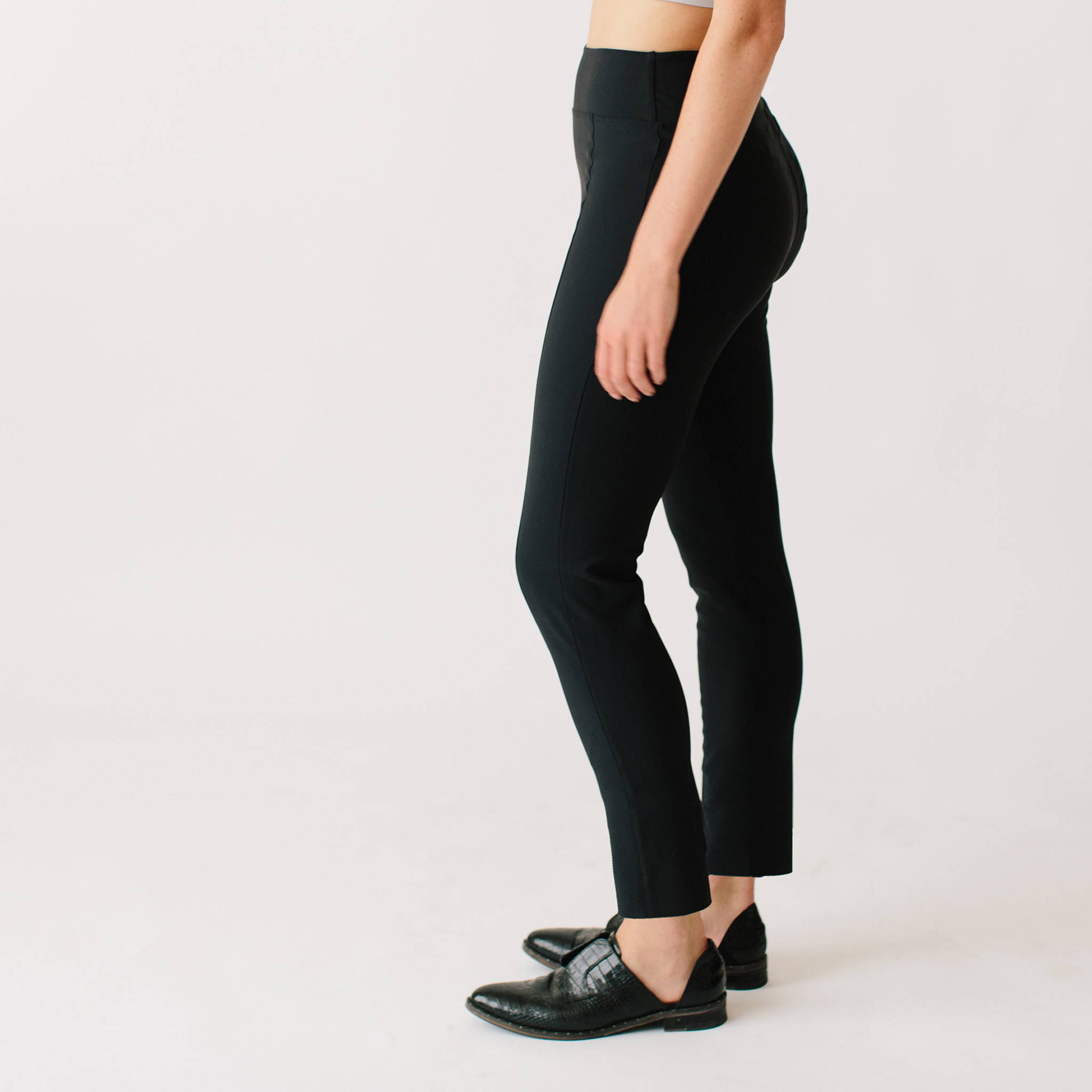 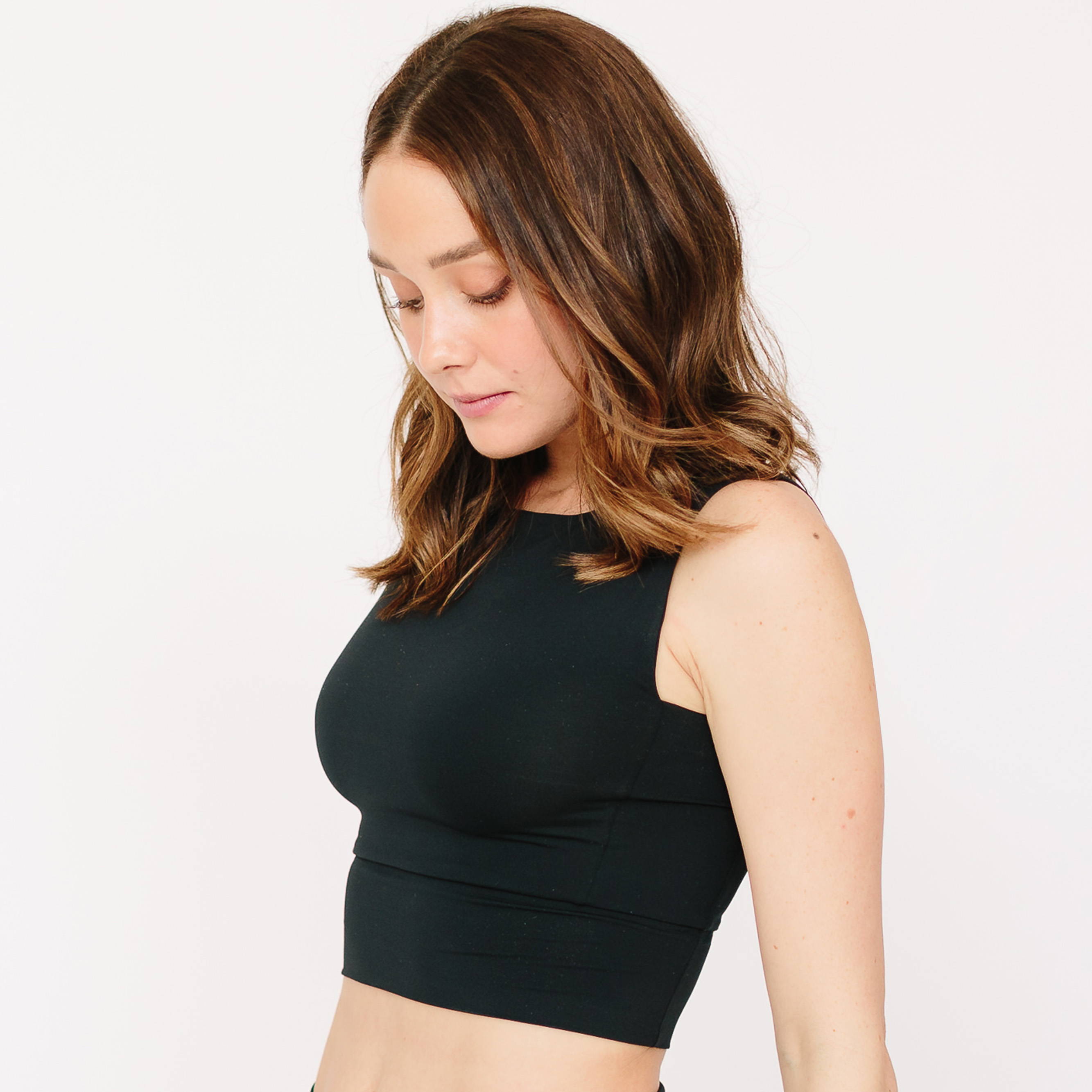 THE ONE CROP TOP
shop now 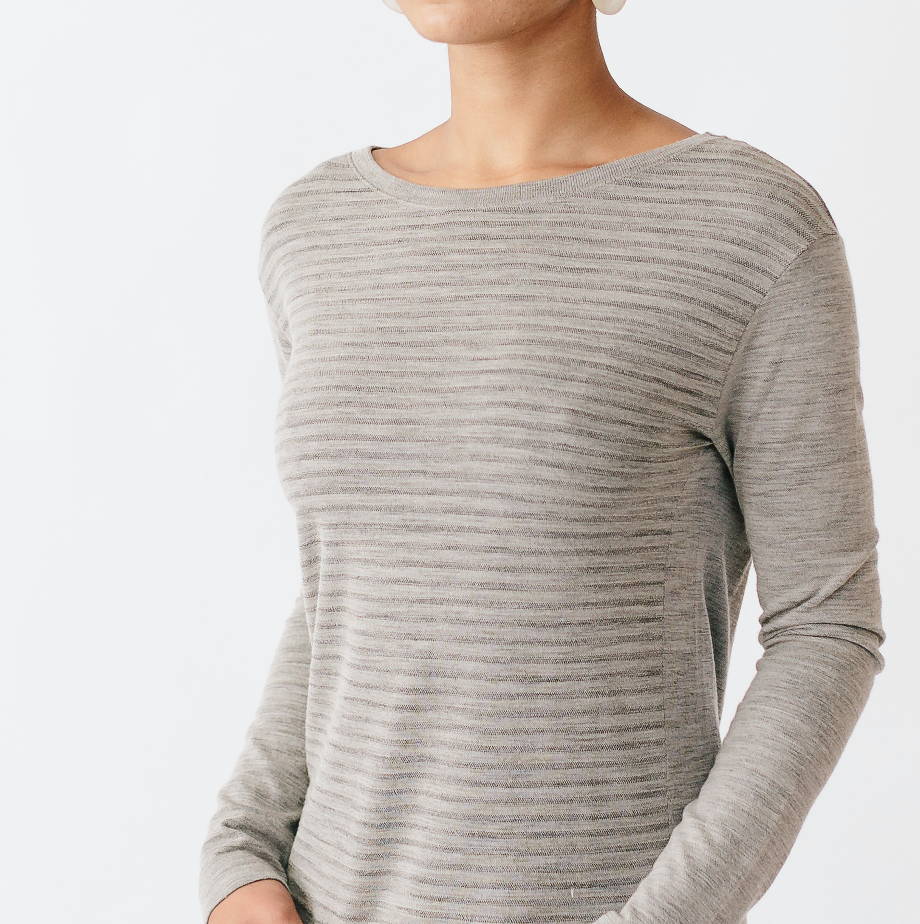 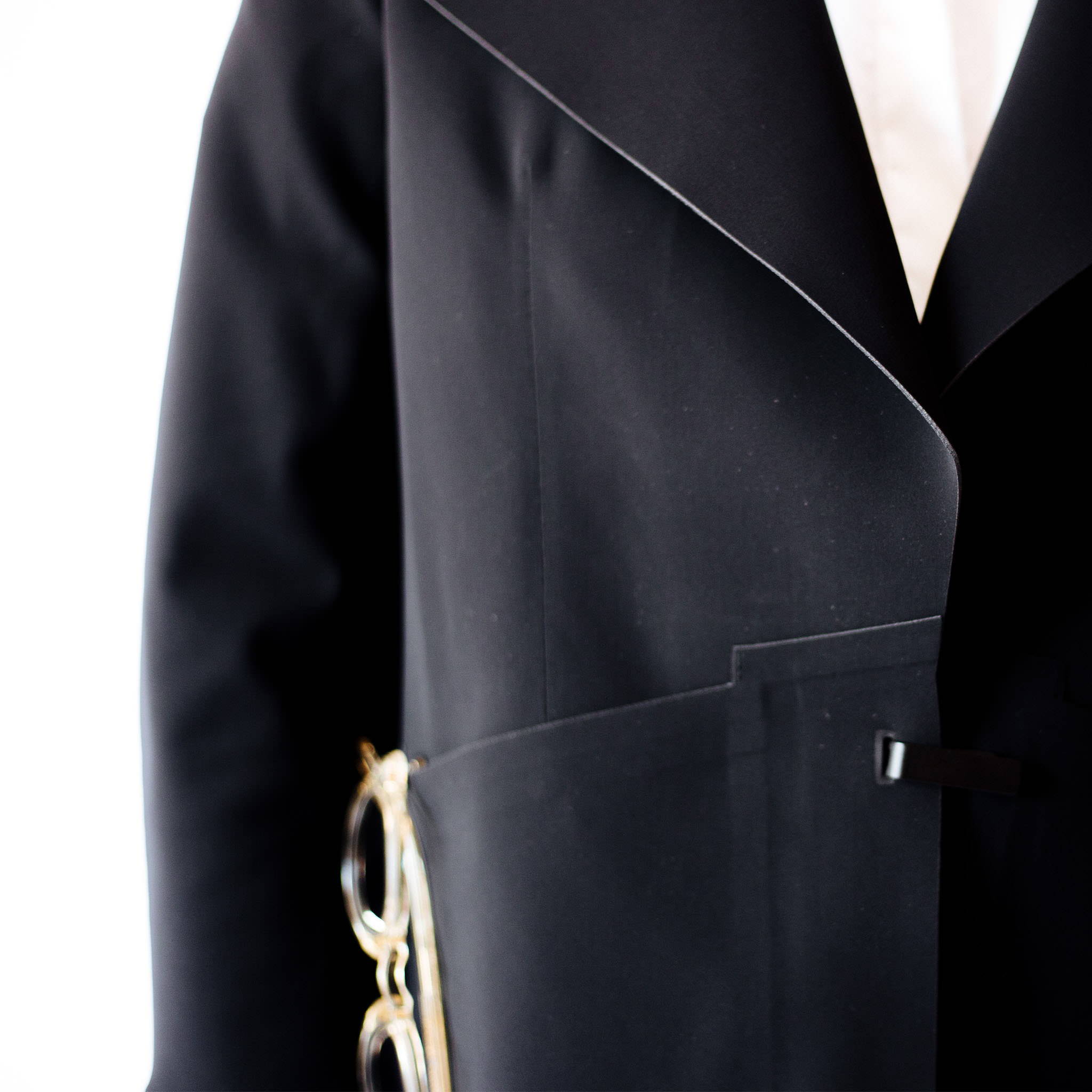 how are you staying connected with friends and family?

i’m Brazilian, and my family is spread out across Brazil, England, Canada, and elsewhere. they already call all the time — in the midst of the corona pandemic, they call twice as much — usually just to tell me to wash my hands one more time. Brazilians LOVE FaceTime.

what are other ways you are “passing” the time?

i’m reading about my competitors, the markets, and of course, the coronavirus. i'm also working with my investors to build a mobile platform that helps seed investors connect with startup founders.

all-around life hack you swear by?

surfing. it’s both meditative and thrilling at the same time. challenging and humbling. rewarding and inspiring.

advice to other women navigating it all?

i’m with Ben Franklin on this one, and it's especially relevant today: “an ounce of prevention is worth a pound of cure.”